The Dark Energy Spectroscopic Instrument (DESI) will measure the effect of dark energy on the expansion of the universe. It will obtain optical spectra for tens of millions of galaxies and quasars, constructing a 3D map spanning the nearby universe to 11 billion light years.

The DESI Survey is being conducted on the Mayall 4-meter telescope at Kitt Peak National Observatory. DESI is supported by the Department of Energy Office of Science to perform this Stage IV dark energy measurement using baryon acoustic oscillations and other techniques that rely on spectroscopic measurements.

5000 Eyes: Mapping the Universe with DESI is coming soon!

DESI's very own planetarium show will be available in March 2023 and free to all planetariums.

"After Fire and Monsoons, DESI Resumes Cataloguing the Cosmos

Collaborators on the Dark Energy Spectroscopic Instrument breathe a sigh of relief as they successfully restart the state-of-the-art experiment." 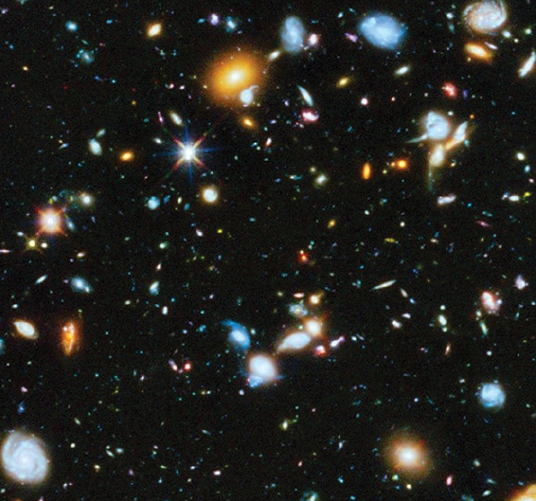 Recovering from the Contreras Fire Benjamin Weaver, NOIRLab January 24, 2023 DESI collaborators have previously reported on the Contreras Fire and how it initially affected DESI operations along with an update as personnel were able to return to Kitt Peak National Observatory (KPNO). Even as we were cleaning up KPNO and the DESI instrument in […]

January 18, 2023 The all-sky camera on the Mayall telescope were the DESI instrument is located provides a view of the entire sky above Kitt Peak National Observatory. This camera helps observers monitor weather conditions and visibility, and confirm when it is safe to open the dome above the telescope. While the skies above Kitt […] Even the smallest of correlations between galaxies and their environment can impact measurements on the largest scales. Claire Lamman, Harvard University September 9, 2022 Understanding the largest structures in the Universe and how they evolve is more convoluted than just mapping out the positions of galaxies. This is because galaxy characteristics are not random; they […]